We all know that water is an important part of our daily lives. We cannot live without it. And that’s an understatement. As such, all the means to conserve water must be taken.

Depending on the municipality where a person lives, recycling shower water into gray water is often allowed to be re-used, untreated. While recycling shower water, it passes through a branch-drain system that would irrigate the landscape around the home–backyard, and garden. If a gray water irrigation system will be installed, a permit is needed and there will be some alternations in the plumbing system of the house. There must be a gravity-driven method of moving the water that is recycled from the shower drain and then it flows into the landscape, watering the grasses, shrubs, trees, and all the plants present around the house. Having a gray water irrigation system installed on a house usually costs from a few hundred dollars if the homeowner would install it to a few thousand dollars if the irrigation system would be installed by a professional.

Gray water source(s) – Washing machine, bathtub and/or sinks, shower,
Collection plumbing – These pipes are used to transfer the water that is recycled from the inside of the house to the outside so it could be used again
Surge Tank, filter, and pump – Elements that are not really needed but add up to the complexity, cost, and efficiency designed to make plumbing easier
Distribution plumbing – Where the water that is recycled passes to different locations
People – The head of the irrigation system. These are the people who maintain and benefit from the irrigation system

This refers to a recycling shower water system that uses the water from the shower and utilizes it again as the water to be used when flushing the toilet. A system needs to be installed inside the home that would filter, disinfect, and pump the gray water back into the home so it could be used again for toilet flushing and other non-potable uses. But having this system installed could be a little challenging as using water that is recycled for interior purposes have several water-quality standards that must be passed for the system to be approved.

There is a specific technology that treats water that is recycled so it could be used again for the interior of the home and this system is often expensive and is often used only by large corporations and companies.

Recirculating systems include a special shower floor base that has the purpose of storing and recycling shower water. The special shower floor base only gathers used but clean water and then processes it again for initial cleansing. The dirty water is then allowed to go into the drain while the cleansed water is transferred into a plug to be collected, reheated, pressurized, and delivered back into the normal showerhead. However, the recycled water will only be used for days when regular showers are extended and the owner does not want more clean water to be wasted. 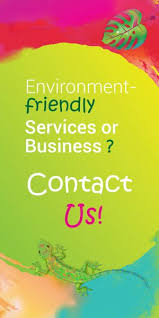